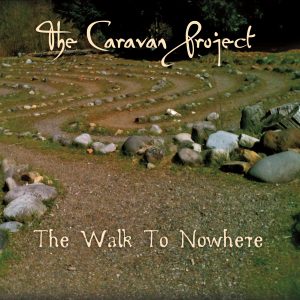 The music is about the music!

Raw, earthy, tribal, simple—the pounding of the drums, the shaking of the different percussion instruments with the underlying beat, the wailing of the zurna or the sinuous melodies of the nay. It takes us back to basic idea of tribe, of dancing together around the campfire at night, like the heartbeat. Basic. That is all.

We dance and play together. And the band is inspired by the dancers and the dancers inspire the band. Ancient feelings, contemporary times. 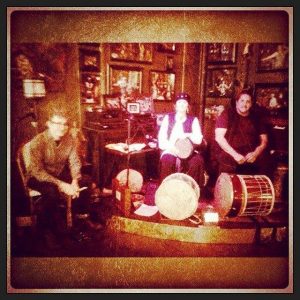 is Jeff Rees and Ruben Ramirez …

with guest musicians and friends!

This new music from the Caravan Project band, based in Portland, OR, will get you dancing and into your tribal groove...Are you ready?

They’ve got that Tribal groove, that boomin’ davul, the rousing mijwiz to get your hips shakin’ and your heart pounding…

and you may recognize Jeff from the Gypsy Caravan band and Mizna, with all those previous recordings you may have been dancing too for years….(check them out here…) 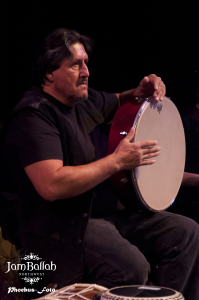 Ruben Ramirez has been inspired by Gypsy Caravan for many years. He plays a variety of Middle Eastern drums. He also builds those big Davul drums that he uses in his music. Creating new music has always been a dream and now that dream has come true.

Ruben enjoys the connection between the dancers and musicians and how the music and dance create magic. Playing along with Jeff and Lyndsey is a gift in itself. He enjoys the people that he meets along the Tribal journey and loves to see the smiles on the audience faces as they watch the performances.

He is especially grateful to Paulette Denis Rees and Jeff Rees for an opportunity that has been a blessing. 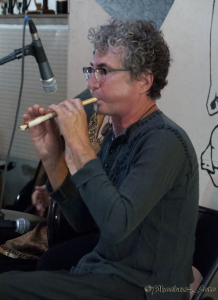 Jeff Rees, a life-time musician and recording artist, has been a member of the award-winning Gypsy Caravan, Mizna, and guest artist on many world music albums, and now is enjoying the new Caravan Project band, playing alongside Lyndsey and Ruben, and growing his repertoire of original Tribal bellydance inspired tunes. He is enjoying the rehearsals, the  performances, and being back in the recording studio with their new songs (which the dancers are loving too)! His inspiration comes from the old styles of tribal music, the musical circle and connection, playing with his band mates, and of course the dancers’ hips!

From his punk and goth rock days in San Francisco in the 70’s – 80’s to his present love of world fusion music, Jeff’s travels have led him around the world in search of ancient instruments, techniques and sounds. Jeff is best known for his mastery of the zurna, ney, mizwiz, sipsis, arguhls, assorted Moroccan flutes and hornpipes, didgeridoo, rababa, and various hand percussion.  Jeff has been featured on many recordings and books, including CDs by Mizna, Gypsy Caravan, and compilations with Solace, Judy Piazza, and Troupe Americanistan. In the past, he played bass guitar with San Francisco based bands such as Fade To Black and No Alternative, and now enjoys thumping out some honky-tonk tunes with his wife Paulette. 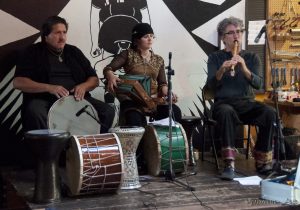 Want to meet a few of our dancers from around the globe? click here!

and on our first CD we also had guest musician 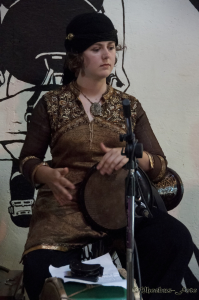 Lyndsey Blythe plays traditional Middle Eastern percussion, a number of forgotten folk instruments, and even a drum or two she made herself.